Building a Balanced College List...what does that mean? 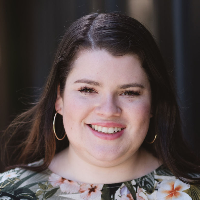 My #1 piece of advice: you NEED a balanced college list.

What that means is that you have a healthy mix of colleges that qualify as likelies, targets, and reaches.

How many colleges you apply to is going to depend on factors such as region and major, but a good baseline is to create a list that is 40% likelies, 40% targets, and 20% reaches. That means if you are applying to 10 colleges, you should have 4 likelies, 4 targets, and 2 reaches.

Likely schools (also called safety schools) are colleges where you have an 80%+ chance of admission. Your academic profile exceeds the average student admitted to this university.

Target schools are colleges where you have 20-80% chance of admission. Your academic profile matches the average student admitted to this university.

Reach schools are colleges where you have <20% chance of admission. The average admit’s academic profile exceeds yours, or the college overall accepts less than 20% of applicants.

HERE'S WHERE IT GETS TRICKY: This past admissions cycle was so competitive that many college's admissions rates went down. A school that may previously have been a target for a student became a reach, and likelies became targets.

An independent educational consultant can help you build a balanced and realistic college list. They will take into account factors such as your hometown and intended major and make suggestions based on years of past admissions data.